Stanislaw Lem, Return from the Stars

These days, I read more science fiction than I mean to. As an English prof, I'm supposed to be buried in Serious Literature, 'midst drama and eighteenth-century poetry and high-realist middle-class fiction, and for a couple of decades I was. I remain literarily addicted to the ecologically minded memoir of Theresa Kishkan, the collage/rant poetry of Rita Wong, and meticulously serious fiction like that written by Matthew Hooton, so I remain hopeful that I can keep my union card a little longer, but high-end SF? It does all the things that literature was invented for in the first place.

And yeah, Stanislaw Lem is among the world's very finest writers of science fiction, receiving the ultimate plaudit for an author: no, not a Nobel Prize, what's wrong with you? -- a brilliant Google Doodle, on the 60th anniversary of his first book publication. I'm almost certain that I hadn't read any of his books until this year, and while I don't regret my career path and the reading I've done to get here, it's experiences like diving into the work of an author like Lem that make me feel the most ridiculous about how intensely narrow, necessarily so, really is my bookish expertise.

Readers have tended to fall in love with Return from the Stars, though apparently Lem himself had mixed opinions about it.

In the most general terms, it's the story of an astronaut named Hal Bregg who returns from a lengthy mission to an Earth that has changed enormously in the hundred years of Earth-time that were only ten years for the mission's crew. Powerful emotion has been largely removed from people's lives, through a process known as betrization, applied universally across the planet, and in consequence culture has evolved away from anything evocative or provocative of the same. In particular, space missions are no longer pursued, indeed they're viewed as representative of an embarrassing period in Earth's history, and this renders Bregg's life back on Earth generally meaningless. While the end of space flight (and its risks) might be a consequence of betrization, there's also a logic to abandoning it: to be brief, deep-space astronauts go out in search of answers to the questions conceivable to the culture that sends them out, but because time passes at different speeds on Earth and on high-speed space vessels, such astronauts are fated always to return to a culture that has evolved beyond any need of the particular answer that seemed so important at the time. 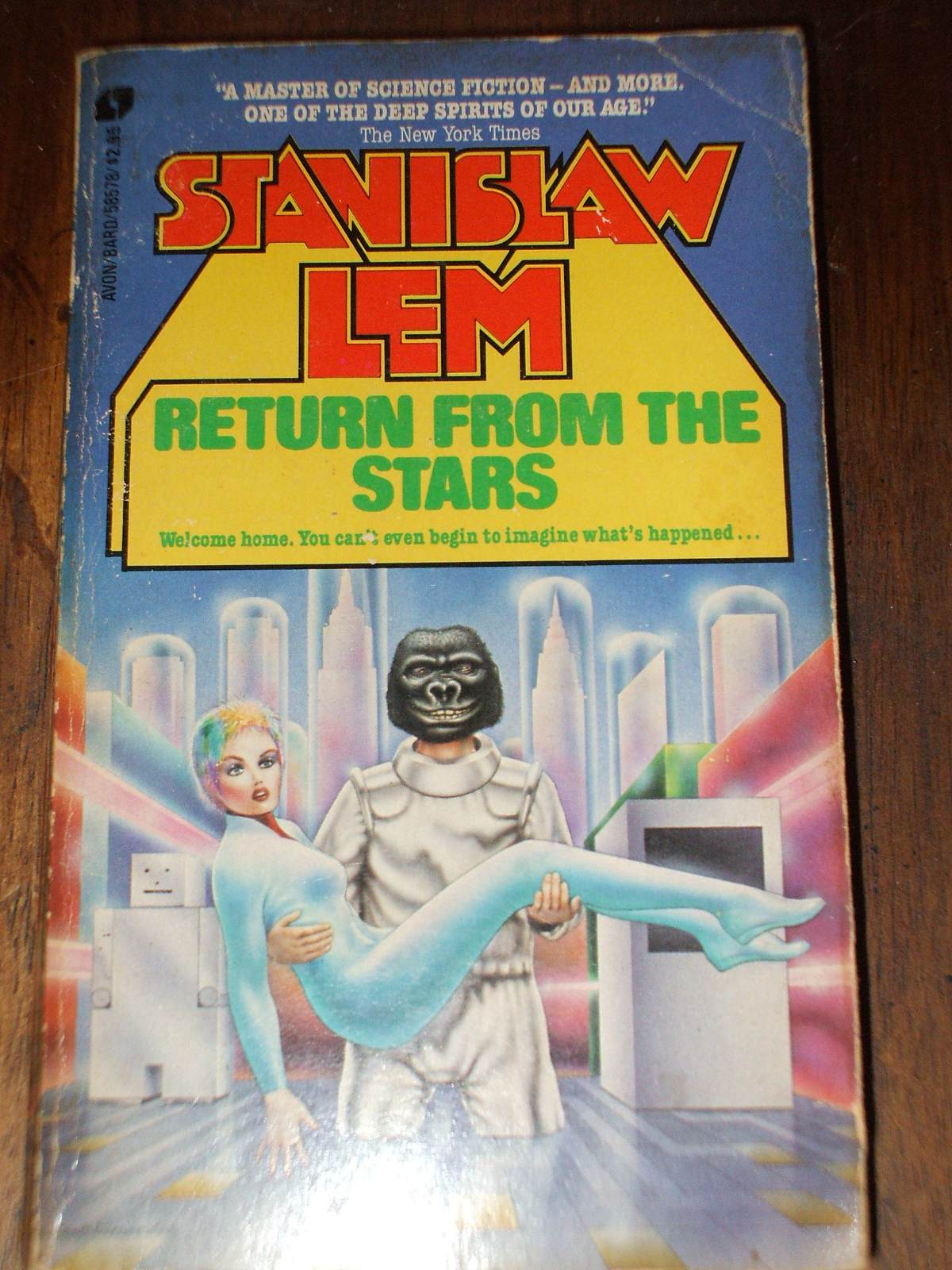 Bregg's task, then, is to consider whether to adapt, how far to adapt, and so on. Lem's great achievement might be his ability to express just how difficult such a task would be.

Take the opening chapter, in which Bregg return to Earth for the first time, alighting from a rocket that has brought him from something like psychomedical quarantine on Luna. Lem's dizzying rendering of airport architecture reads like a Frank Gehry museum might, if only Gehry wasn't such a mild-mannered, retiring piker whose heart is so clearly in the construction of tract housing and suburban sprawl. While the section does extend longer than one might perhaps want, it does a terrific job of evoking the planet's transformation from one that Bregg knew (and of course Bregg is a man of approximately our own time, so his disorientation is meant to be ours as well). In the end nothing of this new Earth makes physical or spatial sense to Bregg, though each scene or location has some logic to it, and we sense something in ourselves through his experiences there, both of his unthinkingly near-suicidal despair as well of his thirst simply to fit in again, with someone, with anyone.

There is, of course, a girl. Plus boxing, cool cars, dashing adventures, and gentility, so actually it's kind of your father's science fiction, but it's clear to me now that you can't understand SF if you don't spend a little time with Stanislaw Lem. He's just part of the pantheon, and even if Return from the Stars doesn't do everything for you that you'd want, it's part of a short roster of near-essential SF reading.

Also, WOW, WHAT AN AWESOME BOOK COVER. It's appropriate symbolically for part of the book's thematics, but it's in no way drawn from actual events in the book!
Email Post
Labels: fantasy fiction international review science fiction speculative fiction

Anonymous said…
That's because it's assumed as a convention that most future cities will as a matter of course include gorilla-headed men who carry sex cyborgs away from the lasers. It's just part of the genre, assumed for the most part.

But listen, you're right—the genre is somehow more than a genre, in all that it encompasses. I've always maintained that it's under-represented by academics, or anyway not academics that understand the gestalt of it. Reading Stanislaw Lem—you could be doing it right!

Plus a Frank Gehry reference—of course that's just showing off, but you dropped a good name. Consider Buck Rogers, too!