Shaw & Zussman, A Matter of Confidence

Honestly? I was given back my brain, albeit briefly, by Rob Shaw and Richard Zussman's new book, A Matter of Confidence: The Inside Story of the Political Battle for BC. Yours might be recoverable, too, if the subject of this book has any relevance for you.

Like so many people, I'm barely able to notice political news, because it's overwhelming: by the staggering scale of corruption in American politics, especially but not only by Trump; by the persistent and seemingly permanent disrespect that the Canadian political structure shows to First Nations and other Indigenous folk; by sock puppets and idiots claiming to be "shadow banned" but who are simply not worth anyone's time. I am by turns angry and disgusted, and as a result I'm unclean myself inside. 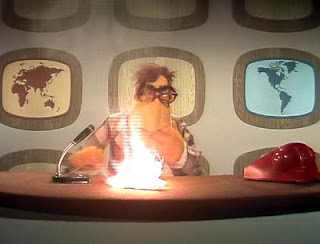 And then I read this meticulously researched, deeply contextualized, powerfully focused book about recent BC provincial politics, hinging around the 2017 election, and I remembered what it felt like to be able to think about politics, genuinely to think. There are such things as history, as a political record, as legitimate disagreement, and above all these things there's also the journalistic process of asking questions, seeking answers, and presenting to the reader what's been found out.

For A Matter of Confidence, Shaw and Zussman managed to get lengthy interviews with the leaders of all three parties with any relevance in the BC election, John Horgan, Christy Clark, and Andrew Weaver. More than that, somehow they scored on-the-record interviews with all sorts of backroom folks, plus former Liberal cabinet ministers, former politicians, union-side collective bargaining reps, really anyone involved in the 2017 election. My political brain, which had been shrinking for so long, rehydrated and stopped simply rattling noisily in my skull.

Personally, I've only ever voted for Greens and the NDP, except for a youthful vote for Gordon Wilson's local Liberal candidate in the bizarre 1991 provincial election. I've always been thoughtful about my voting, so it's never automatic, but I've never been one to read political books. Maybe that should change, though so many good books, so little time....

How will the Beer and Books club feel about it? Not sure, but we'll find out Thursday!

You can find on your own lots of great reviews (Globe & Mail, Vancouver Is Awesome, etc) and puff pieces interesting in their own right (Monday mag, BC Book Look, etc), but trust me: anyone with an interest in BC politics, or indeed in the notion of transitions between political parties, needs to read this book. It's nerdtastic in the best possible sense--but then again, I think every sense of "nerdtastic" is positive.
Email Post
Labels: book club british columbia canadian nonfiction review west coast