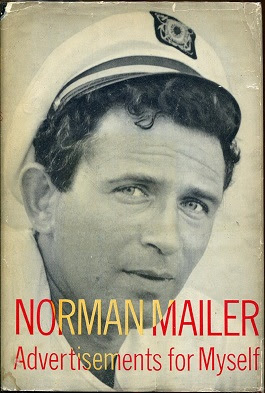 With Advertisements for Myself as the title of his 1959 collection of assorted pieces, no one ever accused Norman Mailer of being shy. Really he's the true subject of just about everything he ever wrote, but he was always just off the edge of my radar, and as with Hunter S. Thompson, I felt like I only needed to read bits and pieces to know what to expect from Mailer.

How wrong I was -- even though I was right, too.

The next book club book will be Mailer's The Fight, on the recommendation of Matthew Hooton (buy his novel Deloume Road!), and wow, did it ever remind me why people keep asking if/why I'm slumming it while enjoying pulp fiction lately. Somehow Mailer found himself assigned to cover the 1974 Ali/Foreman championship fight in Kinshasa, Zaire, occasionally in the company of Hunter S. Thompson and George Foreman, often thinking for some reason about Hemingway's suicide, and constantly questioning his fitness for the task. It's a boxing novel, kind of, but it's also a writer's reflection on process, and The Fight must have felt on its publication like an instant souvenir of the time.

It feels like Mailer never takes a sentence off in this novel, though I'm sure you could find one if you wanted to; if he's not emphasizing the intensity of one camp or the other, through the colorful and dramatic minor characters in each one (Foreman's sparring partner Elmo Henderson, wandering the halls of the Inter-Continental at all hours, hollering, "Foreman, boma ye!"; Ali's man-about-camp Drew "Bundini" Brown, whose whole mission is to annoy as many of Foreman's camp as possible), then he's stressing both the unrepeatability of the experience and the banality of the moments around the edge of the experience, praising himself for the recognition that gets him his exclusives and his access, but also slagging himself for egotism and small-mindedness. 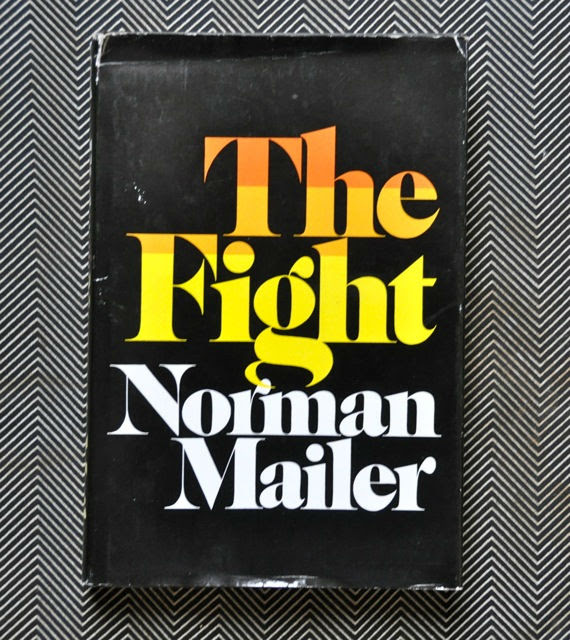 This is the rope-a-dope fight, where Ali lay on the ropes waiting for Foreman to get tired of pounding away at him, though there were moments early in the fight where Foreman's dominance might have been in question. Wonderfully, to me at least, Mailer unobtrusively lets us see Angelo Dundee as the real hero of the night, from Ali's side, and the villain, from Foreman's side. This is a story about two fighters who had become mythic, and during the days Mailer recounts were actively sustaining and intensifying their mythologies such that they might have material effects on their opponents' bodies; it's about Mailer as a mythic writerly hero, generating and sustaining his own myth in relation to Foreman's and Ali's. Angelo Dundee? Important figure in boxing, but ain't no myth there. Wanders in, does a little something, sits down, changes the course of boxing history without nobody paying much mind.

Genius, The Fight is, but on the other hand I can also see in it the seeds of complaint that Mailer never really took on a large enough subject. He chronicles his own moments, whether solitary or shameful or in the company of what might be greatness, but only his own moments. Was Mailer capable of burying himself in the story, rather than building the story around himself? I'm not sure, and I don't know that I've got the time to figure out the answer to what in my world is a pretty small question, but I will say this: The Fight is some of the bravest bravado writing you'll ever see.