It's not easy reading green

Here at UVic, our English department offers an upper-level course focusing on literature and environment, ENGL 478, and I've been fortunate enough to teach it several times. The content has to keep changing, because it's what we call a "special studies" or "variable content" course. (If two offerings are too similar, in too short a time, then we'd be pushed to turn it into a regular offering, and there's no appetite for that.) A few years ago, we concentrated on what we called the literature of human extinction, and then in 2016 we looked at climate change in a settler-colonial environment.

For the September 2018 version, I'm going with a topic of "It's Not Easy Reading Green," and I'm excited all over again! 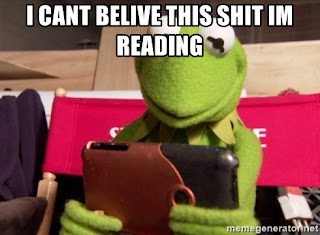 The plan is that it'll be an environmental humanities methods course this time around, but students will be using my class not as an end in itself but as a way to enhance their work in other courses. Basically, I want students to develop as environmental humanities scholars generally, rather than in relation to literary works that I've chosen specifically for their ecological accessibility.

We'll read some ecocritical, theoretical, and practical texts of various kinds in order to build a common vocabulary, but on the literature side, we'll look together at only a few shorter literary works. Mostly, I'll be asking them to write and speak about what they're reading outside ENGL 478. (Nobody tell my colleagues....)

Today was book order day, which means it could no longer remain Schrodinger's course. Here's what we'll be reading together:


Neither Wong nor Kishkan is a First Nations writer, so although both these texts are really attentive to different modes and patterns of settler presence in what's currently known as British Columbia, I'm reflecting still on whether to add another text. Michael Nicoll Yahgulanaas? Carleigh Baker? Leanne Betasamosake Simpson? Billy Ray Belcourt? Richard Wagamese? Eden Robinson? Joshua Whitehead? (Yes, there's a course there all on its own that I'd like to see offered....)

I think we'll have lots to talk about with just those five, especially once we start bringing other courses into the room with us. Feel free to drop hints, tips, or objections in the comments area!
Email Post
Labels: academic environment UVic west coast