Thank you, Bolen Books: sometime ago, as I was wandering your aisles, I noticed Frances Greenslade's novel Shelter. How a novel set in the BC interior of the early 1970s had escaped my attention, especially when it had been nominated for the BC Book Prize on its publication, I'll never know, but you set me straight, and I'm grateful to have found this entrancing slice of high-realist fiction.


Admittedly, I'm not the only one who missed Shelter, but this is SO my kind of novel that it just shouldn't have slipped past my radar.

Or is it my kind of fiction? After all, I found myself wanting to respond more positively than I did to Matthew Hooton's wonderful, accomplished Deloume Road, which is similar enough to Greenslade's that if you read them both, you'd end up with a terrifically nuanced view of rural BC childhood that allowed you to compare the 70s and 90s, plus the interior and Vancouver Island. There's a high-quality thesis just begging to be written on these novels, and I'm confident that they would both support that degree of close reading.

I'm not sure how I've ended up jaded enough, if that's what it is, not to fall instantly in love with the very best writing you're going to read from the high-realist tradition of Alice Munro and Alistair MacLeod, but here I sit. Hmm. 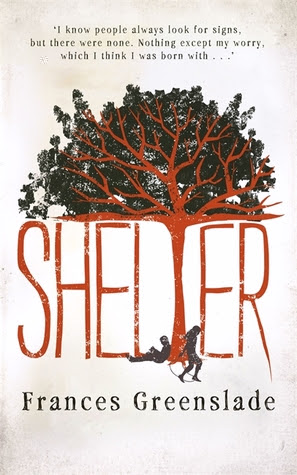 It's a lovely, wonderful novel, Shelter, and I'm delighted to see it getting so much international attention. The story of young Maggie Dillon and her older sister Jenny, growing up mostly parent-less in and around Williams Lake in the early 1970s, Shelter is filled with rich characters: some of them are mostly plot devices, as in every novel, but I really appreciated the complexity that Greenslade brought to so many of the minor ones. These two girls are growing up without their mother, not sure whether she lives or dies, or will ever return to them, but rather than obsess about her, Maggie feels her way deeply along. One reviewer wondered whether the novel's pace came from Greenslade's day job as an English prof, but for me, it's the right pace for worrying, hyper-aware Maggie. Through Maggie, we get a layered, detailed sense of her town's social complexities at that time (including some Carrier characters who aren't just there to provide localist cred) as well as of the natural setting each character has to navigate.

Honestly, this might be the perfect novel for a Canadian book club. Not for mine, because you're a bunch of beer-drinking punks, but for every other Canadian book club!
Email Post
Labels: book club british columbia canadian environment fiction review west coast

richard said…
Oh no, I accidentally removed a comment! My sincere apologies, BB: I meant to click the name of the post so I could reply, but ....