Gene Stratton-Porter, Keeper of the Bees

We have never been modern: it's a brilliant tagline, and such an appealing title for a book, but the more time you spend with books from the 1920s, the more convinced you become that however we might feel about humanity's relative modernity, modernism is most definitely a real thing.

Recently at Book Addiction HQ, I've accidentally found myself reading several 1920s novels (Zane Grey westerns, Edgar Rice Burroughs fantasies, Bertrand Sinclair social realist fiction), so I've had brought home to me repeatedly just how different from my own are the views of both language and social structure articulated by the period's novels and novelists. (Good heavens, man, write a decent sentence! Ugh.) More than that, I think of my own views on these things as basically, though only partly, representative of something like a consensus: tinged by my being lefty, green, academic, Canadian, white, male, middle-aged, and so on, but not an outlier as far as views go. The 1920s novels, as a result, aren't just foreign to me, but genuinely foreign, even though I find reasons to appreciate these novels, even find myself immersed in their concerns and narratives and desires.

And then I read something like Gene Stratton-Porter's The Keeper of the Bees, published in 1924 after her untimely death. Two years ago, I read and enjoyed her first novel Freckles, so I knew approximately what to expect from her final novel, but still, I just hadn't reflected on the social changes that divide us from the period immediately after the First World War. When we think 1920s, we might think about flappers, or whatever the heck Baz Luhrmann is showing us in the Great Gatsby, or maybe we'll think about technological change, but the distinction is more absolute than that. Government surveillance is something we expect now to be total, rather than virtually non-existent and fundamentally impossible; adult-child relations are carefully proper, or else worth criminalizing; people change, always and inevitably.

A few plot points about Keeper of the Bees: our novel opens with young Jamie Macfarlane, back from the Great War for more than a year, whose chest wound remains unhealed and pustulent. When he accidentally hears that he's about to be sent to a tuberculosis sanatorium, even though he has no TB, to make room for someone who might actually heal, he walks out of the hospital and heads, unknowingly at first, for the California shore, never to be pursued by the Army military-medical bureaucracy.

On arriving in California, near death himself, he briefly saves the life of a man he has never met before, and in consequence is immediately entrusted to look after the man's house and possessions, two acres of garden, and numerous hives of bees. Naturally Jamie accepts, though he knows absolutely nothing whatsoever about bees. With the help of a plucky 10-year-old, however, whose gender goes decidedly undecided for the bulk of the novel, even though Scout regularly gives our hero a "little hot kiss firm on his lips" (p306), Jamie works toward healing himself, caring for the bees, and Making His Way as (eventually) a Good Christian American Man. 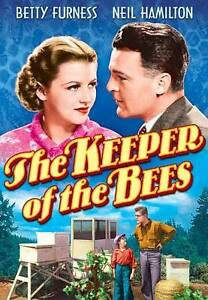 Stratton-Porter was known for her careful natural description, I should say, and she deliberately published both novels and works of natural history. In some ways she valued the natural history more than the novels, and she took great care to get natural description right in her fiction. Me, I loved the little vignettes about flowers and grasses that Jamie would walk past, for example, and Stratton-Porter is deservedly respected for her attentiveness to the agency of nature's component beings. (Yes, yes, I know I'm larding this with ecocritical academic jargon here. You find a way to say it more cleanly, then.)

In amongst the physical healing of Jamie Macfarlane, is the developing story of his coming to find an enduring place in the world: geographically and economically, but also socially. There's a secret love, and a wedding, and a birth, and deaths, and while there's no genuine doubt but that Jamie'll come through successfully, the machinations and plot twists that promote good Christian living are so far beyond soapy that there's no way to explain them except as the product of a different world.

To be honest, it's the novel's religiosity that I found hardest to read past, which I find odd because it's so transparent and so culturally pervasive. The complicated plot twists were fine, and the details making this look like a different culture altogether were interesting -- but suggest that a good life flows only from Christian principles, and I'm jarred out of immersion. The Keeper of the Bees is a long book that doesn't read rapidly, but if you've got plenty of free time and an interest in reading about love and bees and healing war heroes and flowers, it'd be a great choice.

For the right audience, obviously, and I'm not sure that such an audience exists anymore....
Email Post
Labels: american environment fiction review west coast

Mewboots said…
I discovered Gene Stratton-Porter many years ago when I read Freckles. I was hooked. Then I began looking for her other books. One of my favorites is Girl of the Limberlost. The setting of the book is the Limberlost Swamp which was forested in ancient trees and once covered 13,000 acres in Indiana. Porter loved nature and part of the charm of her novels are the descriptions of nature so ubiquitous in her novels--in my mind it is what I imagine a less urbanized word of a former time was lke. I find the plots engaging too. I've read all of her novels that I have been able to find.
July 8, 2013 at 10:31:00 AM PDT

Imnotoprah said…
I was so interested in the author of this rare book that I researched her online and found your blog. What you find distasteful I find charming. The world is a different place now but the dream of the cottage by the sea still exists.