Joe Sacco draws comics about the terrible, terrible things that humans do to each other, and to the places where we live. They depict horrible stories and activities, and if you don't read them, you may not quite correctly understand humanity or the human experiment. 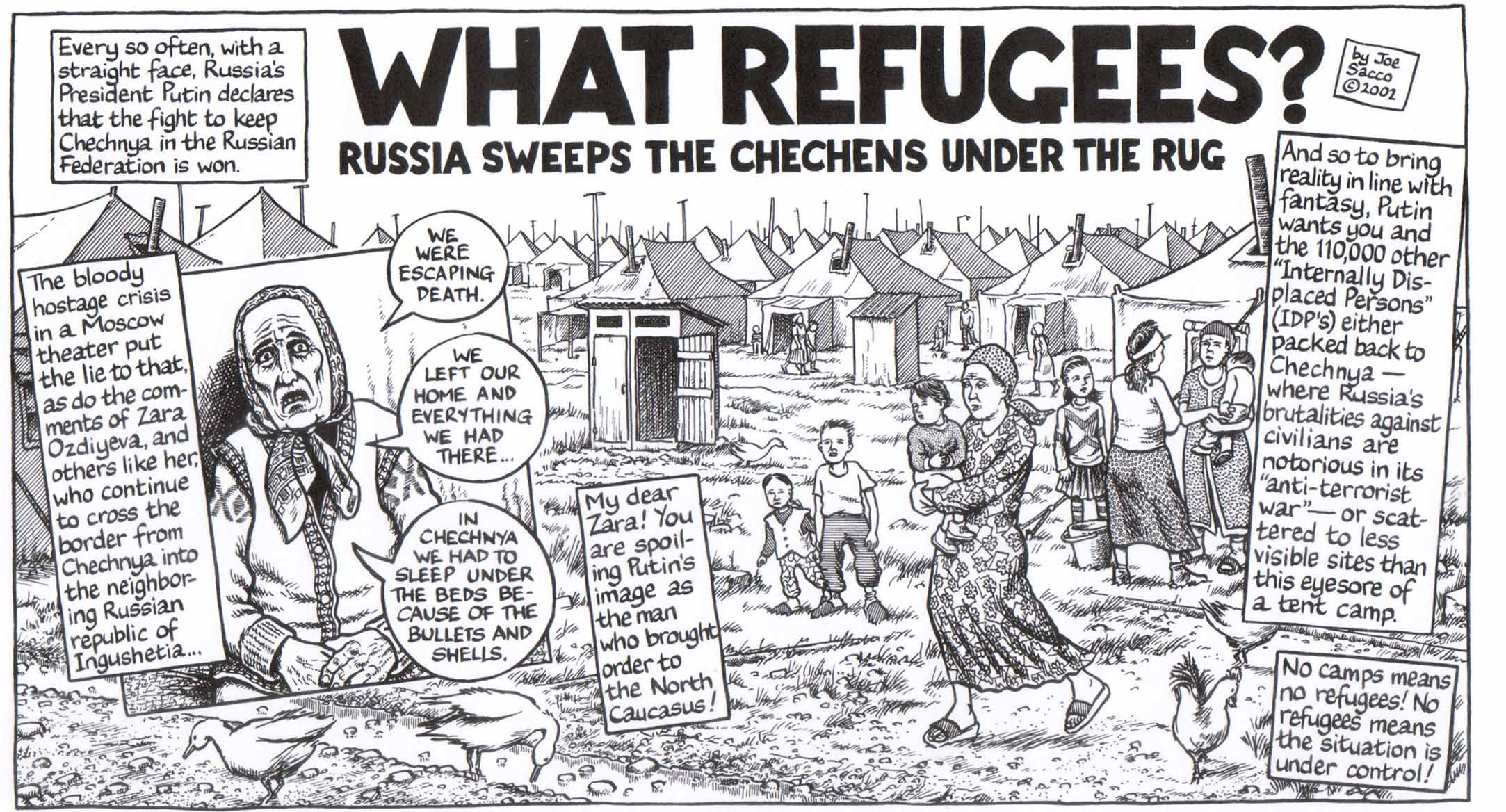 Readers unused to comics about the darkness don't know what to do with Sacco's work, because neither Archie nor New Yorker essays can prepare you adequately for Sacco's graphic journalism, but that's precisely the point, a point that's lost a little bit on people who come to Sacco from artists whose drawings look like his (R. Crumb or Harvey Pekar, for example). In brief, they give us the illusion of immersive experience in the horrors of the modern, dropping us into Chechen refugee camps, historically corrupt villages in India, the Gaza Strip, and so on, and an open reader without pre-existing coping strategies for such imagery can be radicalized.

Well, no. Radicalization should have changed some things by now if the pieces collected in Journalism had had such an effect, and there's still room to improve things around here. Clearly, though, it's not Sacco's fault, because he's been doing his damnedest to make us pay attention, and then to do something about it. We're implicated in and by this comics journalism, immersed in the images as we are and yet failing and refusing to act.

But don't take my word for it: read in the Guardian, where it first appeared, the essay "Not in My Country" that also appears in Journalism.

Or maybe read Jeet Heer, something of a polarizing figure, admittedly, for his twitter-essays if nothing else, which everyone should stop selectively RT'ing into my timeline, THANK YOU VERY MUCH. Anyway, when Journalism first came out, Heer wrote effusively in the National Post about the book and its artist: "The images Sacco draws are so powerful that they burn deep into your retina and reconfigure how you see the world." Not how I'd put it, nor an ophthalmologist, neither, but point taken.

But presumably everyone knows Joe Sacco by now, so just add my name under the column "Fans."