If I had to choose a single graphic novel to accompany my desert island discs, so to speak, it'd be Reinhard Kleist's biography of Johnny Cash, I See A Darkness. A remarkable book, seriously, for fans if not for the unenlightened, I See A Darkness is one of those works of art that help you understand what other works should always have been accomplishing. (And probably Cash's At San Quentin, Big Country's Steeltown, and Cowboy Junkies' desperately under-appreciated Whites Off Earth Now! [here's "State Trooper" if you don't believe me]) 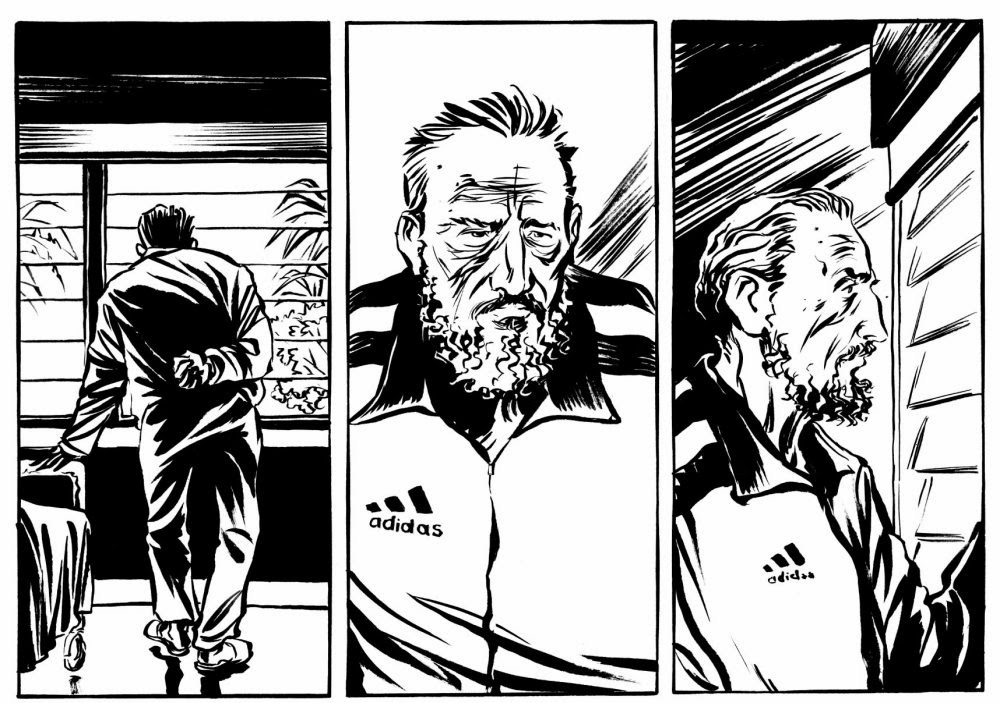 Kleist's bio-graphic novel Castro takes a similar approach, and for anyone keen on Castro and Cuba, it'd be a rewarding read. That's especially true about Kleist's handling of Cuba before the revolution, as well as Castro's activities during and immediately after the revolution (so roughly 1950 until 1963), where Kleist does a great job of rendering the man's energy and the complexity of Cuban politics both nationally and among the revolutionary forces. The basic structure follows the life of a German emigre, Karl Mertens, from his arrival in Cuba through his coverage of the conflict to his life in the conflicted and eternally collapsing and reviving country that's the standard view of Cuba; Mertens is a nice stand-in for Kleist, and for non-Cubans reading this book, though it does put the story at one remove from its subject.

I wish I liked the book more, though. Probably I was never going to appreciate a Kleist book as much as I did I See A Darkness, but that's the Cash effect rather than Kleist's fault. Still, some characters feel a bit interchangeable, both in their actions and in the rendering of their faces, and I just don't see that the Mertens character was essential to the novel. Kleist was presumably trying to represent Castro in all his looked-at-ness, his iconicity, but the Mertens character wasn't the only way to achieve that. Generally I assume that I'm failing to understand something about a book, when I don't like it as much as I should, so I trust I'll get remedied in the comments.

But if you want to see what Kleist thought of the book, here's an interview; the 9th Blog ("We love comics and want to share that love with you") loves them some Castro; and Arsenal Pulp Press is keen to get you into a copy of the book.
Email Post
Labels: book club international nonfiction review

richard said…
I can't help you with that, Theresa! Wonderful read, best done with ALL the American Recordings albums playing non-stop on shuffle. (Rick Rubin comes off pretty well, in other words.)
January 13, 2016 at 3:20:00 PM PST