"What would happen," asked Diana Gabaldon, "if Harry Potter grew up and joined the Fuzz?", is the key question that the publishers of Ben Aaronovitch's Midnight Riot, the first volume in his Rivers of London series (which was the volume's original name, as it happens).

Based on the evidence, I'm comfortable arguing that Gabaldon has neither read anything by JK Rowling nor seen any of the Harry Potter movies. That's a meaningless and deeply non-representative blurb, and I don't care how sexy a publisher would find it. 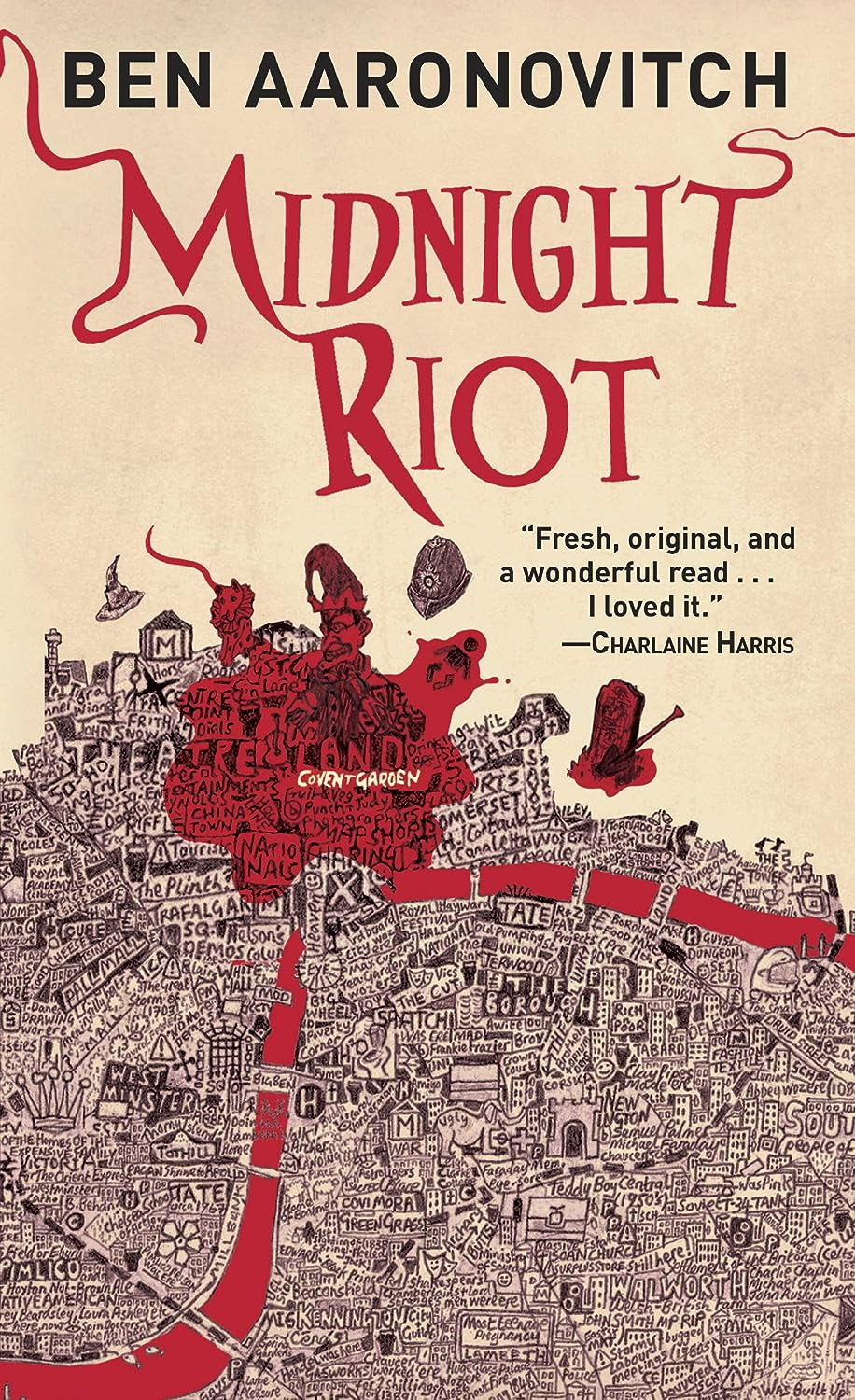 PC Peter Grant is a young mixed-race police officer who ends up getting posted to a resented but official and long-standing branch of London's Metropolitan Police Service, a branch dedicated to the investigation and resolution of incidents related to magic. It's comic at times, not un-reminiscent of Jasper Fforde's The Big Over Easy, though there's enough blood and violence that this novel's case clearly doesn't belong to Fforde's Nursery Crimes Division.

Crucially, there's nothing wizard-y here that'd remind one of Dumbledore, Hogwart's, Severus Snape, and all the other Potteriana. This is the story of a young police officer learning to be a detective, who specializes not in homicide or prostitution or restricted substances, but in magic. All of London's many streams and rivers appear as more and less petty deities, with hinted-at but wildly complicated rituals and powers to accompany their foible-laden personalities, and there's possibly some connection with, for example, the whomping willow, but they're Aaronovitch's creation, not Rowling's. It left me thinking of Andre Alexis' Fifteen Dogs, and remembering that I keep meaning to read Marie Phillips' Gods Behaving Badly, but it's a book all of its own, and it's pretty great.

For off-the-beaten-track reviews, please pick up The Book On My Desk, or get lost in The Geekiary.
Email Post
Labels: book club fantasy fiction international review speculative fiction