I'll admit it: eventually, unwillingly, I fell in love with this book. Until I did, though, and it took an awful lot of pages, I kept thinking that maybe James Salter's 1975 Light Years was some sort of in-joke parody of literary fiction.

And also, based strictly on the first sentence of his introduction to the edition I picked up, Richard Ford can just fuck right off:


It is an article of faith among readers of fiction that James Salter writes American sentences better than anybody writing today. (xv) 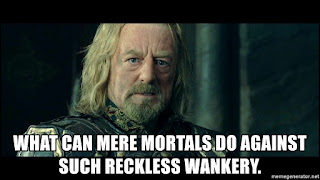 As is the case with Richard Ford, James Salter is read by a minority of "readers of fiction," so their "article of faith" is cult-level, plus you can hold any article of faith without evidentiary support, and faith is for believers rather than thinkers. Also, what the hell is an "American sentence"? And that "anybody writing today": you read everything, do you?

To some extent, I assume that Ford is obliquely remarking that Salter's prose in Light Years (and I'm not reading anything else, so it's on you to tell me if the point extends to his other novels) sounds almost unnaturally like Thomas Wolfe's. I loves me some The Web and the Rock, whatever its complicated genesis, but other sentence structures than this were an option for Salter:


In her life, which had become more fortuitous, brushed by other lives like kelp in the ocean, in the city which was the great, inexplicable star toward which her suburb with its roofs and quiet days had always faced--suddenly this well-loved house reentered her thoughts through the words of a stranger. Like ancient churchyards in the heart of commerce, it was suddenly inextirpable. (p.216)

Because it'll just make me angry all over again, I'm not going to talk about the cartoonish handling of female characters ("Beneath their brilliance women have a power as stars have gravity" [p.183]), or the girls blooming into women ("Her breasts were new, her feet a little large" [p.160]), or the men who I'd hate ever to have to pass a word with, or the absolute insularity of the depicted New York.... Too late, I'm angry, let me try again.

Anyway. By novel's end, if you can make peace with the idea that these many, variously doomed heroes are mostly antihero Bad Signs for Society rather than genuinely heroic, heroic only when they recognize their limitations though weak for doing so, it turns out that Light Years can in some lights be a perfect novel for a middle-aged reader.

Viri Berland, husband of the remarkable and utterly flawed Nedra, comes to terms finally with what he realizes may be his native smallness, and in his late insights I found much to admire. Nedra herself, too, finds a new path in the closing chapters, and through her evolving relationships with her daughters becomes finally as remarkable as her friends and admirers have apparently always found her. Her friends and admirers, though, we should have been dismissing, and thinking that Salter's narrator was feeling the same way: if we can manage to avoid thinking of them as admired by Salter's narrative posture, but instead find a way to think that Salter's narrator is judging them with us, then we should never have felt pushed to trust their assessments, and it would make sense that she becomes remarkable once she escapes their influence.

Will I read Light Years again? No, and I'm not seeking out anything else by James Salter. Do I think that our Beer and Books gentlemen's book club will turn harshly against its sponsor? Yes, I do, and if it doesn't, then I'll buy all his drinks for the evening.

Did I, all unwilling, come almost to adore the closing chapters of this novel, with their sentences lambent and luminous, their accretions of subordinate clause and prepositional phrase, their stray and striking details of images reflective not just of character but of the novel's thematics of hope and decay? Richard Ford can still fuck right off, but yes. I kind of did.

Update: I had to pay for some beer that I didn't drink, because I didn't account for the fact that we're all middle-aged dudes increasingly anxious about our deaths and the stability of our relationships with those around us. As a result, Light Years is thematically right for the group. There was general distrust of and/or distaste for the characters, the dated gender and interpersonal politics, and the plotting, but the theme and the prose style led in most cases to a cautious thumb held slightly above horizontal.