In my professional life, I work at feminism: at the recent conference I organized, for example, all five keynote speakers were women, and generally I teach at least as much writing by women as by men (fall 2016, fall 2018). This post isn't about that, though, and anyway there's tons of room for improvement in my practices, so I'm not fishing for a gold star.

At book club, though, across eleven years this is the first time that Beer and Books has seen consecutive months with books by women: Clare Clark's The Great Stink, and now Jennifer Egan's Manhattan Beach. A lot of women's book clubs, of course, do read a lot of books by women, and so do book clubs that aren't single-gendered, so it's not as simple as all that.

Anyway, Jennifer Egan's Manhattan Beach is a terrific novel, one of my favourite straight-up reads this year, though it's also a terribly weird experience for me. I'm an intentionally provincial reader, mostly, in that while I read scholarly works from all over, and environmental writing from multiple regions, almost all my literary reading comes from Cascadia, and especially British Columbia. A Brooklyn novelist writing about New York culture, with plot lines intertwining between the military and organized crime in the 1930s and 1940s: let's just say that Manhattan Beach isn't Timber. 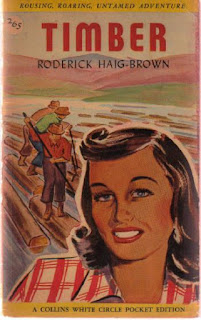 The good gents of Beer and Books will almost unanimously enjoy this book, but there will I think be quiet complaints. There will be worries about Lydia (the protagonist's beautiful and inarticulate sister, with an unspecified but defining disability), about the represented exclusivity of men's conversations (never making room for women), and about Aunt Brianne (who just won't make sense for some of us). These worries are worth our time, especially those about Lydia, but mostly they'll be excuses if they don't end with praise for the book overall.

Manhattan Beach has tons of fans, all of them quite right in this instance whatever their other readerly sins might be. Jennifer Egan doesn't need another review, mind you, so this isn't one. It's just a note to say that I really, really enjoyed my imagined time off Vancouver Island, in the company of Egan's characters and in the world she's built which mirrors the one crafted for James Salter's Light Years (another book club choice this year). I'll never read another Salter novel, I'd wager, but Egan moves absolutely into my roster of faves totally unrelated to my professional reading.

At least 95% of you are going to love Manhattan Beach. Book it.
Email Post
Labels: american book club fiction review